Pangea Money Transfer enabled U.S. residents to send money to countries in Latin America and Asia. With target segments residing in immigrant communities, program efforts involved investment towards high-cost / low-return traditional media channels. And with primary KPIs focused on app downloads (not transaction volume) realizing ROI was a significant challenge for the organization. We were tasked with evolving this approach.

To maximize Pangea's investment, the organization’s marketing approach needed to be rearchitected from the ground up. While app downloads helped initially to raise capital, it wasn’t going to cut it once revenue became a priority. Their audience’s consumption habits had evolved, as did their technology use. These factors allowed us to overhaul their marketing strategy with a “digital first” philosophy as our North Star. From there, it was just a matter of shifting target outcomes and we were off to the races.

Even with upper funnel activities in play, 100% of Pangea's monthly marketing budget was eventually tied back to new transacting users, which had increased threefold.

Once we had buy-in from leadership stakeholders, we went to work reimagining programs from the ground up. We dug deep to understand our targets, mobile and desktop usage patterns, impact of rate fluctuations, number of services used consecutively, media consumption, transfer intent and more. Armed with a new picture of our audiences, we immediately executed the following initiatives: 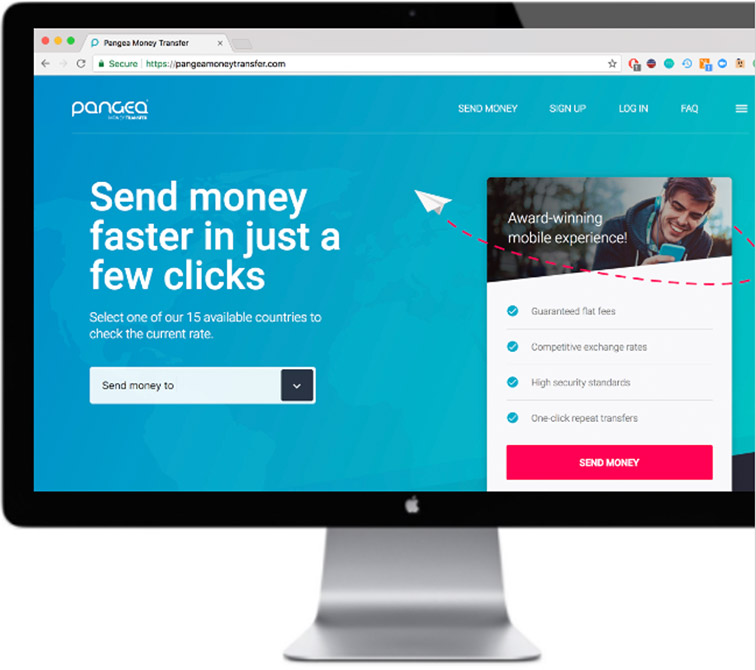